The middle is bigger than you think

We talk a lot about finding common ground or building common ground, but the truth is, most of us are already treading on common ground. There are whole industries built around spinning up narratives to keep Americans on one side or the other, because nothing makes money or sways votes faster than anger or fear.

But many Americans aren’t letting those manipulative tactics guide them. Polling shows that there’s a growing number of Americans and Arkansans who are thinking for themselves and searching for another path in a system that ignores their voice. And it’s a substantial voice.

In Arkansas, 39% of the state’s population identifies with neither party, according to the 2020 Arkansas Poll conducted by the University of Arkansas. That compares to 40% who identify as Republicans and 21% who identify as Democrats.

At the national level, according to a February Gallup poll, 50% of Americans are Independents. The rest of the country is evenly split 25% Democrats and 25% Republicans.

And here’s the thing. A person can have primarily Democratic ideals or primarily Republican ideals, but still have areas of overlap with the other party (at least when we allow ourselves to listen to the other party in the first place). Those people are more in the middle than maybe they even know.

The middle is big but quiet. It doesn’t get much attention. Together, we can make it loud. 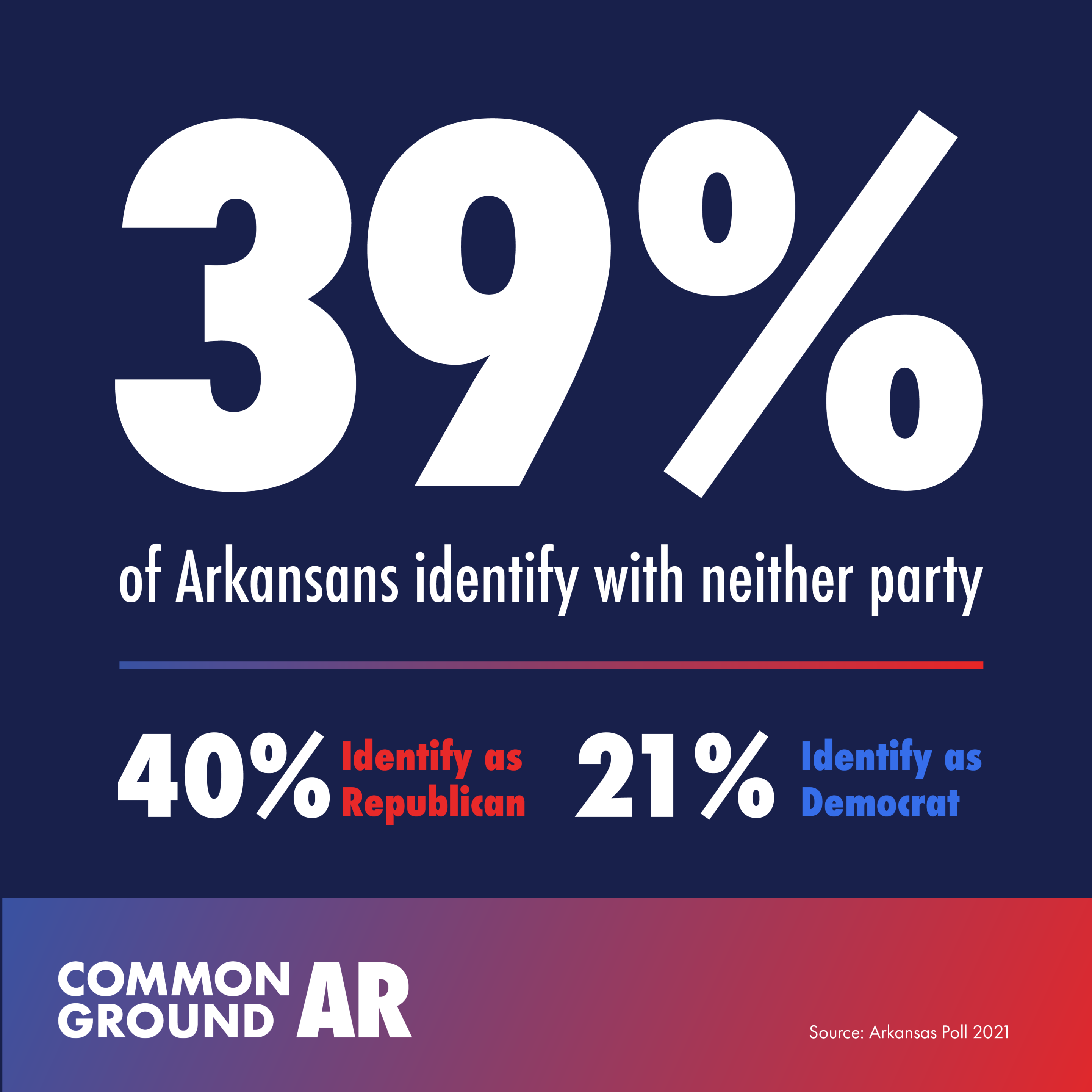