Over the next couple of weeks, we’ll be talking about partisanship. We want to start by stating clearly that Common Ground Arkansas isn’t anti-party. We recognize that political parties play an important role and work in many ways to strengthen our democracy. But when voters and lawmakers cede their critical thinking skills to a party to do the thinking for them, that’s a problem.

We’ll start with the false binary choice that permeates our political narrative. Voters are lumped into two boxes: Democrat or Republican. But the reality is, more people belong to neither party than belong to either party.

According to the latest Gallup Poll, 41% of Americans are Independents, 32% are Democrats, and 25% are Republicans. (Gallup, March 1-15)

Here in Arkansas, the numbers are pretty even between Republicans and Independents, with Democrats trailing by around 20 percentage points. (39% Independent, 40% Republican, 21% Democratic, according to the 2020 Arkansas Poll). Arkansans have a history of being self-reliant and enterprising. That way of thinking has led to an entrepreneurial spirit that permeates our Land of Opportunity and a long line of moderate and Independent-minded governors.

But increasingly, partisan politics tries to push us into neat boxes labeled R or D. It asks us to ignore a candidate’s experience, abilities, or ideas and only consider the letter beside their name in the voting booth. It asks us to give over our self-determination to the choices of party activists who are often unrepresentative of the mainstream. 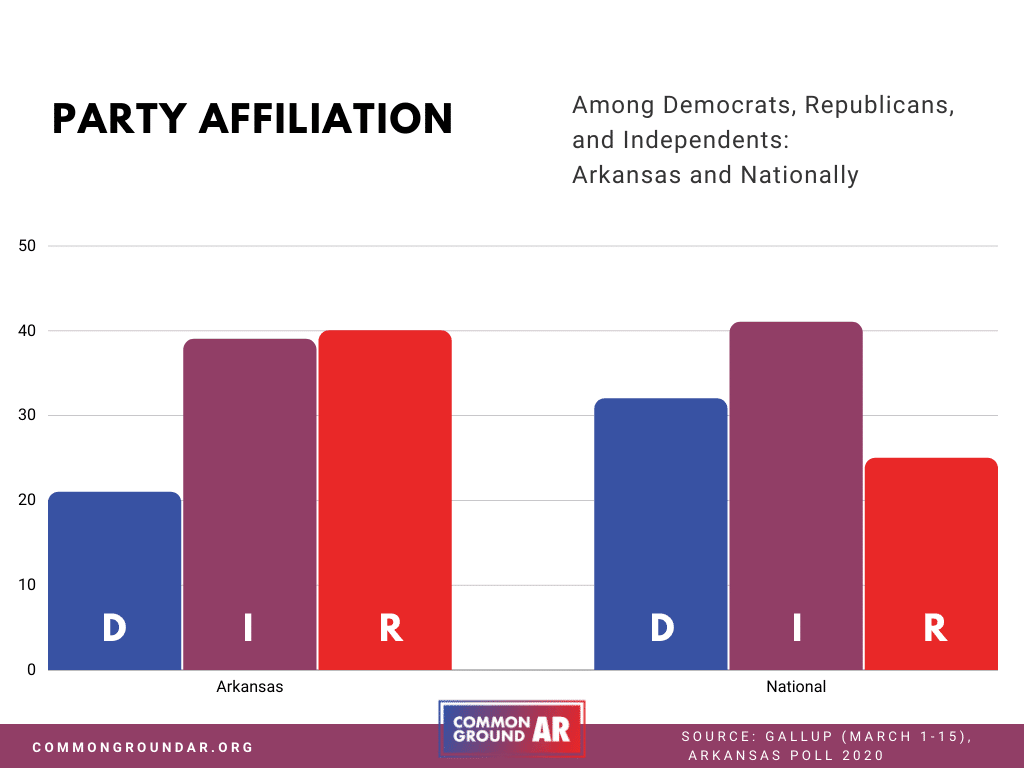 So how do we break this pattern?