Americans on partisanship: Stay away from the edge

The proliferation of partisanship is leaving Americans dissatisfied with the current state of our politics. Partisan politics and our primary system drives our elected politicians further and further to the edges to appease the party hard-liners and fill the party coffers. This gives us leaders who are less and less representative of our communities, and more and more obligated to serve the most extreme interests.

According to Pew Research Center, 61% of Americans believe the Republican Party is too extreme in its positions, with 60% feeling that way about the Democratic Party.

Even among their own party members, 80% of Democrats and 71% of Republicans said the party should be accepting of leaders who disagree with the party on key issues. This message clearly isn’t being heard, as we’ve seen from the litany of censures and party fractures in the wake of the Jan. 6 insurrection and the 2020 election.

There’s overwhelming consensus among Americans that parties should allow for a broader spectrum of ideas from its candidates, its leaders, and its voters. So why aren’t the parties listening? Here are just a couple of reasons.

Party activists – the ones who set the platform – tend to exist at the further edges of the party ideology. They are more likely to be “ideologically pure” when it comes to party tenets and to demand the same from other party members and leaders.

It’s also easier to raise money from scare tactics and extreme positions than it is from rational dialogue. Our brains respond to fear and to anger in a powerful way that makes our pocketbooks low hanging fruit to political parties and politicians that monetize those baser instincts. 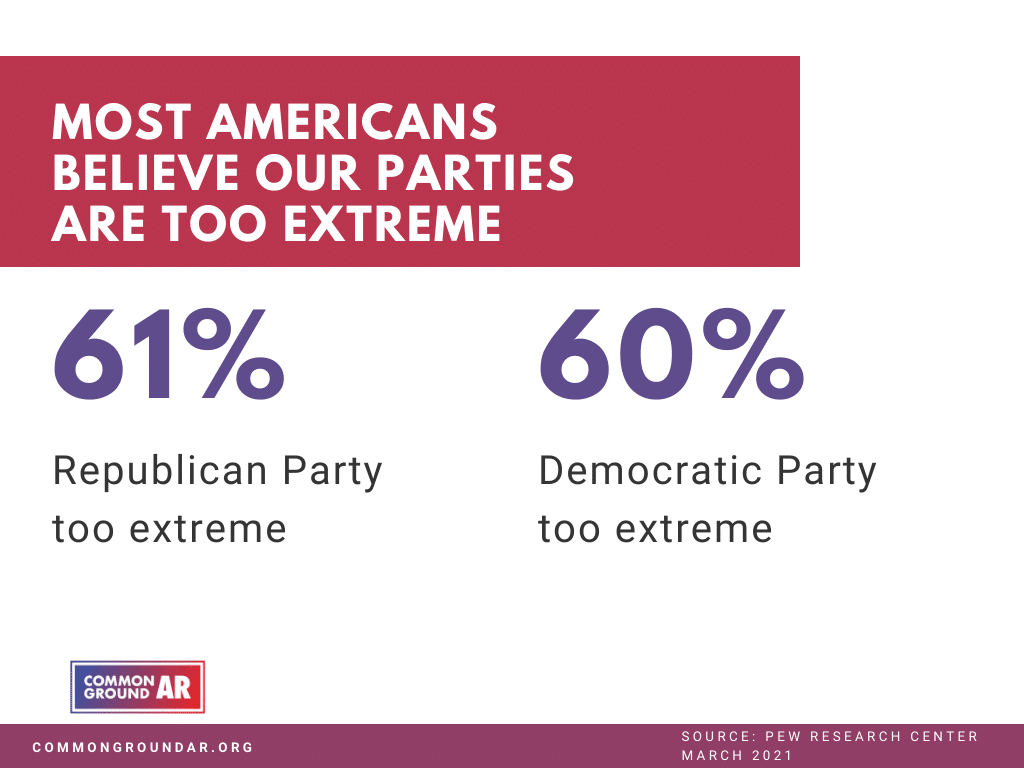 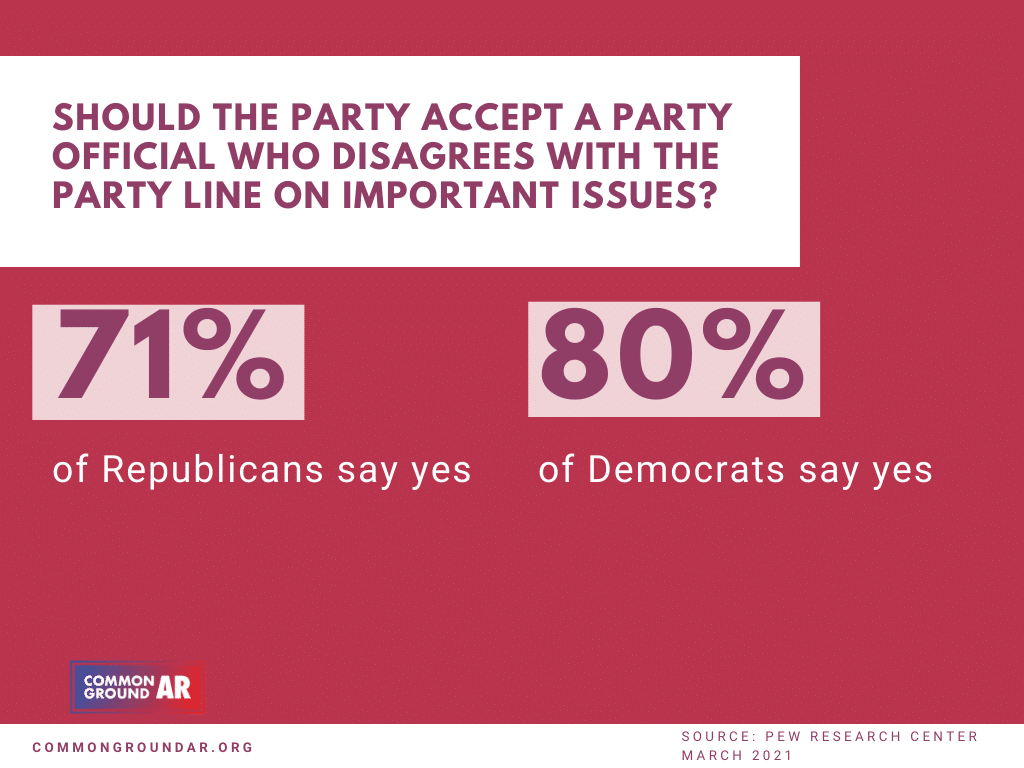 Common Ground Arkansas will do things differently. Our path is more difficult because we refuse to rely on gimmicks and fearmongering tactics that promote the worst, rather than the best, in our communities. We eschew extremism and choose coalition building. We refuse fearmongering in favor of problem solving. Our only hard lines revolve around treating others with respect, working hard, and helping Arkansans.

Join us for a new (old) way of political thinking – a way of thinking that most of you are already doing. But it’s time to talk about it, to reshape the narrative, and to make our presence known at the ballot box.