This is the first in a series looking at last month’s election results for our state elected officials. That’s our:

Overall, of the votes cast in each race they participated in:

You can see that in the chart below. (If that seems incongruous, that’s okay. Keep reading.) 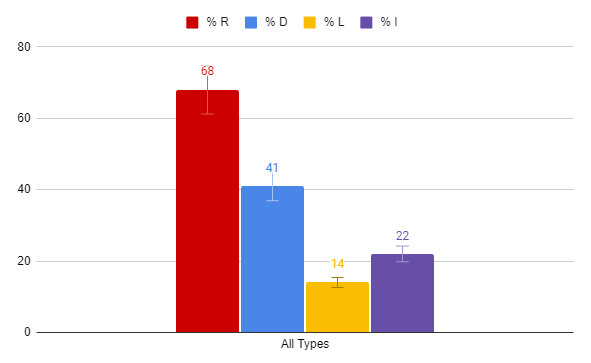 In this post, we’re analyzing the 5 types of races and how candidates fared in each. The 5 types are:

Remember that 14% for Libertarians shown above?  That seemed high, right? That’s because it took into account their average in ALL race types, including those with only 2 candidates. But when in a race with candidates from both major parties, Libertarians average 3% – a big drop from 19% against only a Democrat and 20% against only a Republican. But that explains the higher numbers above compared to the lower numbers below.

You can see the five different race types below side by side. 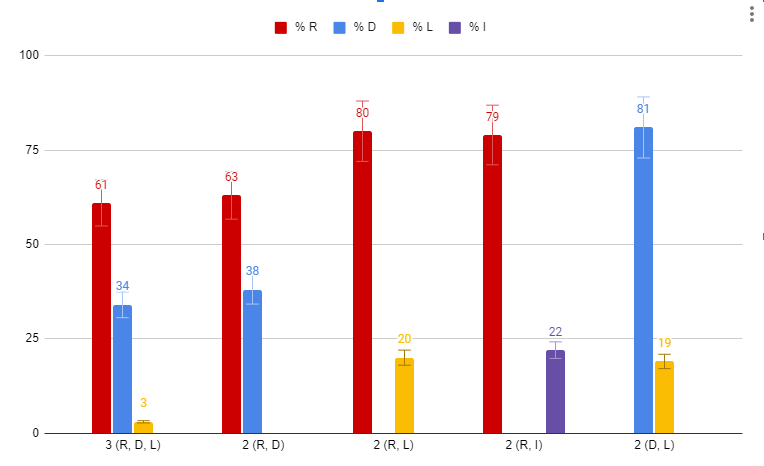 But…. there is variation WITHIN these groups

How individual races turned out within each of these five types varied.

For example, within the 3 candidate model (Republican, Democrat and Libertarian), Senator Jonathan Dismang pulled in an impressive 80%, while his colleague Senator Jane English won with 52%. This is in part due to the more purple nature of Senator English’s district compared to Senator Dismang’s more red district.

Republicans won 91% of the time

Of the 79 races that featured Republicans running for state offices, they won all but 7 of them. Two of these were State Senate seats and five were State House seats. Three were in Little Rock, 1 was in Conway, 1 was in Fort Smith, 1 was in Fayetteville, and 1 was in the Marianna area.

Keep these 2 things in mind

As we move forward in the series, keep these 5 race types in mind. While there are overarching trends, like the strength of the Republican party, it’s still worth keeping a couple of things in mind when comparing races:

Number 1 above is less relevant as we look at the Constitutional officers, which is where we will start next. See you tomorrow with that.