We’re looking at Constitutional Offices in this post. That’s our:

The most popular elected official in Arkansas?

If I asked you who the most popular Arkansas elected official was this Midterm, you might say Sarah Huckabee Sanders or John Boozman. But you’d be wrong.

More people cast their vote for Tommy Land than any other official on the ballot in Arkansas this year – including the US Senate race featuring John Boozman.

If you guessed Sarah Huckabee Sanders? She actually performed worse than any other statewide elected official. 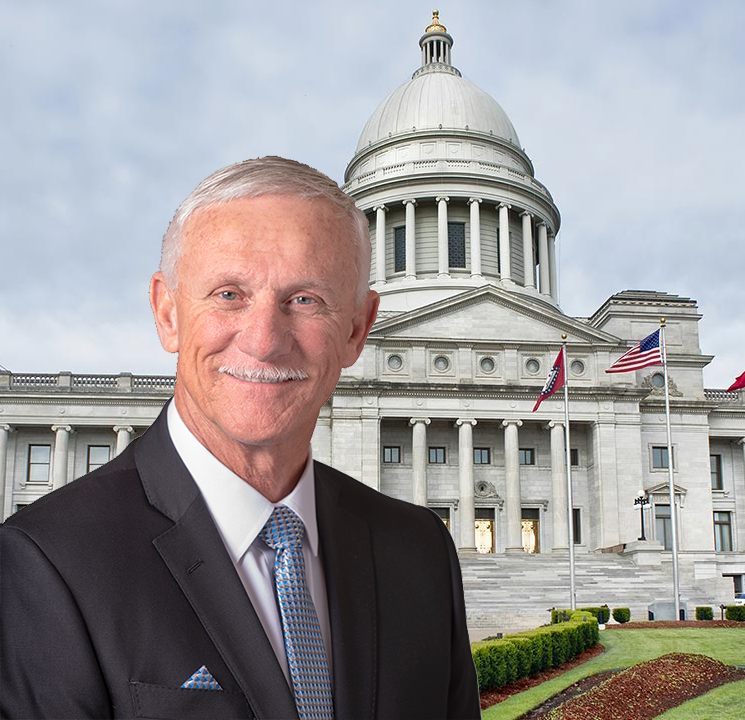 Tommy Land received more than 611,000 votes, around 40,000 more votes than Sarah Huckabee Sanders received. That’s despite the fact that about 18,000 fewer people voted in the Land Commissioner’s race compared to the Governor’s race.

You can see the breakdown of the constitutional offices below. Basically, by total votes received, the order of performance was:

Remember in our previous post, we noted how important the number of candidates is in comparing race performance? That’s at play somewhat here. The top 3 candidates on the list above were all in 2-candidate races (a Republican and Democrat only). Three of the bottom 4 candidates were in races with 3 candidates. Mark Lowery in the Treasurer’s Office was the outlier there, receiving less votes than the other 2-candidate races.

You can see this in the chart below. It’s divided into sections – races with 2 candidates and races with 3 candidates. The horizontal line across represents the average number of votes the winner got for each race type.

Performance by % of vote attained

So what if we look at the percent of the vote the candidate received instead of the total votes they received? Does that change anything? Not substantially.

Here are those same races broken down by the number of candidates in the race. 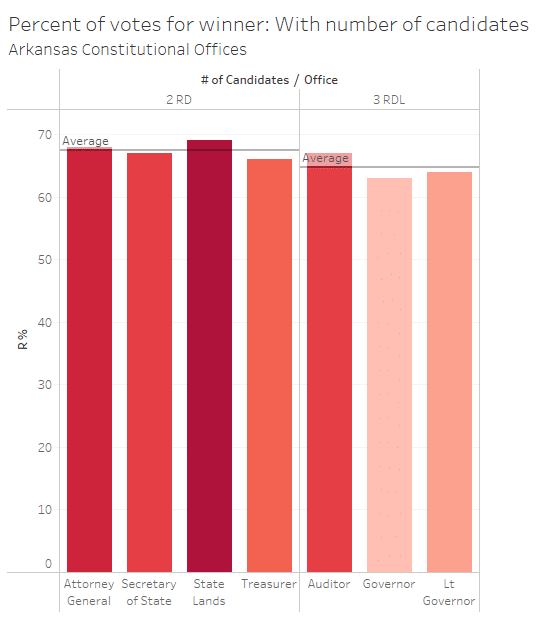 So, you can see that Republicans clearly dominated the races for Constitutional offices, with slight variations in performance among the candidates. And perhaps the stronger candidates weren’t necessarily the ones that were expected.

Next up, we’ll dive into what may have caused those variations and where particular candidates did well and maybe not so well. We’ll look at gender, geography, and third-party pull.

Coming up next: Why and Where